A new report from the Canadian Broadcasting Corporation (CBC)

Here are a few excerpts:

GFA has been operating in Canada since 1980. It continues to have strong support and raises about $9 million through donations each year — on average, $25,000 a day. The proceeds are intended to go to the poor in India and surrounding countries. read full report

Pastor Bruce Morrison also found that between 2007 and 2014, Gospel for Asia reported to the Canada Revenue Agency (CRA) that it had sent nearly $94 million to India. Meanwhile, financial records submitted to the Indian government showed the charity received no funds from Canada during that time period. read full report

Morrison said the U.S. lawsuit provided him with new information about how Canadian money was being spent. In court, lawyers representing Gospel for Asia confirmed that $20 million was taken from Canadian donations to help pay for construction of the charity’s $45-million headquarters in Wills Point, Texas read full report 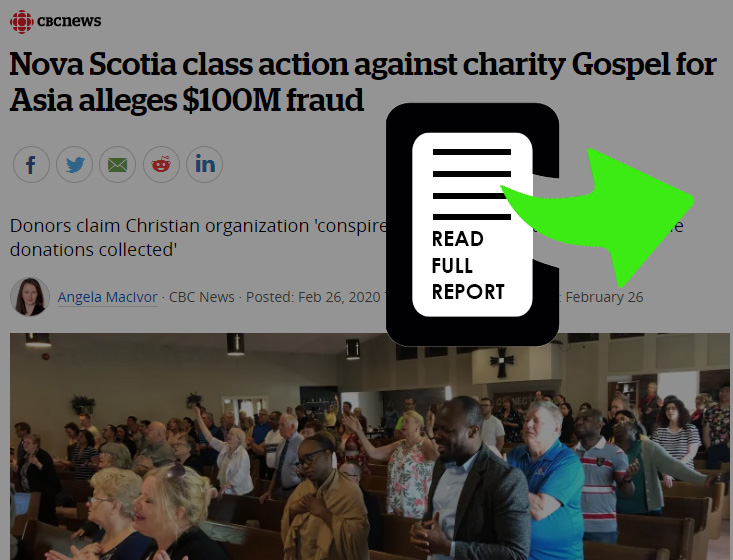 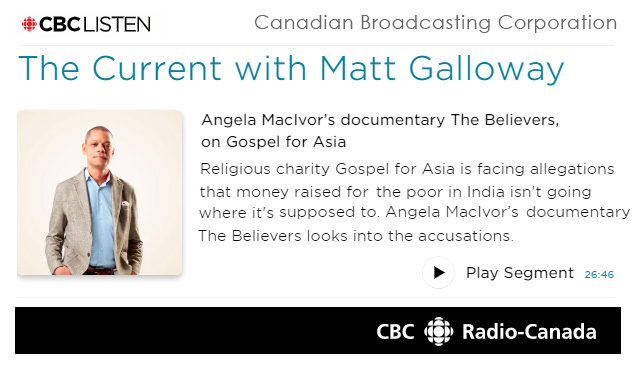 KP Yohannan and his Carmel College of Engineering. Financial issues as reported by The Hindu.

"A large number of parents and students came out in the open to protest against the reported move to close down the Carmel College of Engineering of the Believers Eastern Church at Perinad in Ranni taluk on Monday." read on ...